For someone I used to know

I wish I could go into detail about all the souls I have encountered and what colours they seemed to exude but I am limited to the number of the words I am allowed to use. I will however tell you about one particular soul – and that is the soul of Harry Daniel.

The first time I met Harry Daniel I was sitting on the stairs outside the national library. I was clad in blue jeans that swept at the ankles of my comfortable shoes and a black shirt written, “I AM THE UNIVERSE” across it. My natural unruly hair was in a mess as per usual. (You might think how I appeared when I first met Harry Daniel is not very important, but trust me, it is –  it very much is). Anyway, I was sitting on those steps and I was reading “Cloud Atlas” by David Mitchell.

“That’s quite a challenging book you have there.”

I looked up at the person standing over me, blocking my light. It was a boy and he was wearing blue jean trousers, a black golf shirt and a smile that made his eyes shine.

He took a seat next to me.

“Do you believe what the book says and that some souls really cross ages and keep meeting?”

I shrugged, wondering why he was talking to me.

“Cause I think our souls have met before.”

I rolled my eyes.

“How many girls have you picked up with that line?”

“Not many.” He grinned. “But seriously do you believe souls reconnect?”

I gazed at him intensely.

“No, but I believe they have colour.”

He frowned a bit.

“And what colour may yours be?”

“A depressing shade of blue,” I told him.

“That’s deep and maybe a bit glum,” he stated. “You seem like a very happy girl.”

“And what, exactly, is the yardstick of happiness?”

There was a silence as he thought about my statement.

“I guess happiness is a bit abstract, quite immeasurable,” he looked at me, “So what’s your name blue-souled girl?”

“Do you plan on talking to me after this again?”

“Are you always this poetic?” he chuckled.

“Well, my mom calls me Harry and my dad calls me Daniel. You can call me either.”

“Harry Daniel,” I laughed as if it was at all humorous.

“I have a question for you though, about souls having colour. What colour do you think mine is, Tamara?” he wondered.

I looked at him deeply.

“Are you happy, Harry Daniel?”

Harry Daniel’s lip tagged down. I stood up and stared thoughtfully at him.

“I know nothing about you Harry Daniel,” I stated. “So, to me, your soul has no colour.”

It seemed fate would have it that I would meet Harry Daniel again a week later at the library and then again after that and again and again until we were very familiar with each other.

Harry Daniel, as I came to learn, was a very sad soul. Maybe even sadder than I. If he asked me, during that period, what I thought the colour of his soul was, I would have told him his soul was grey – the colour of the world on a cold June morning.

He told me about how his drunken father abandoned the family. How his mother was struggling to raise him and his siblings. How his first love cheated on him and how all his friends left him. He said they found him too depressing as well as too queer because he didn’t drink, smoke or have sex or whatever and that I was his only true friend because I accepted him just the way he was. It didn’t matter to him about the rest of the world because he had me – one true friend –  and that was enough for him.

Harry Daniel left for school three months after I met him but when he came back, he wasn’t the Harry Daniel I knew anymore. He came back and his soul had completely gotten another colour.

“What happened to you?” I asked him when we met up after he returned.

“I decided I was tired of being sad. You should try it,” he blew out some smoke from the cigarette he was smoking.

“If this is what you call happiness then I don’t want it,” I snorted.

“You need to adapt Tamara. Mother nature has a way of killing off those who are unlike the herd,”  he looked at me with something imprinted on his expression –  disgust?

“We all die anyway,’ I remarked.

“The herd shall transcend.”

“Well, let them transcend with their unhappy selves. Let them carry on being fake to ‘fit in’ but still striving to be unique.”

“You know I think you like the allure of being sad,” the cigarette dangled dangerously from his lip. “You think it makes you poetic or something idiotic like that.”

I frowned: “I didn’t think you saw me like that, but at least I’m not like you, trying to fill the void by lying to yourself that doing stuff you don’t like will make you whole again – that it will make you happy, yet you aren’t.”

“I’m happy, okay. I have friends now. People didn’t like the old me. I was too sad. Too weak.”

He took another drag and blew it directly into my face and it felt like a slap.

“I liked you,” I whispered before raising my voice a bit, “but I guess that wasn’t enough. I don’t think the new you and the old me are compatible. Let’s just draw a line on our friendship here. I hope you have a happy life.”

I didn’t wait for a reply. I started to walk away.

“I don’t need you or your pity benedictions. You can go on being sad. I’m happy now.”

I wanted to turn around and ask him if he really was, but I just kept walking.

I met Harry Daniel a good half year after we cut all ties of talking to each other. I was walking towards the library when he breezed past me. We both stopped, then turned around slowly, to face each other, in only a way people who once shared a world would.

We gave each other a once-over and cringed almost simultaneously. However, our mutual shock was caused by polar opposite reasons. As he took me in, he saw the very same girl he met a lifetime ago. I still wore jeans that swept at the ankles of my comfortable shoes. I still had a liking for shirts with some strange phrase written across it and my hair was still the unruly mess it was. He recognised me almost instantly. To him I hadn’t changed at all. I was still the blue-souled girl and I wondered if it surprised him, if it disgusted him that I wasn’t being pulled by the allure of the ‘new world’ he had ‘adapted’ to.

On the other hand, I had cringed because I was looking at a complete stranger. The Harry Daniel I once knew would never be holding a bottle of vodka the way the boy before me was. He wouldn’t be dressed like one of those rappers on TV we had often ridiculed for not saying any actual words. I took it all in as I stared at his eyes. They used to shine once but not anymore, or maybe that was me just trying to find fault in the person he had become.

I wondered if he was happy, I doubted it, but maybe he was. I thought of our last conversation, how we tried to prove whose lifestyle was happier. What a stupid argument to put an end to a once beautiful friendship. We, of all people, should have known happiness is almost immeasurable. I mean, what is the yardstick of happiness?

It seemed like we stared at each other for an eternity only him and I knew about, but in reality it was only a couple of seconds. I don’t know who turned away first, but we walked away from each other, once again, into our separate realities.

Popular posts from this blog 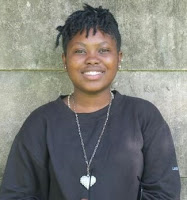 Pen Avenue will be trekking through Zomba Plateau on Saturday, 15 April 2017. The team comprising of poets, essayists, fictionists, non-fictionists, scriptwriters and everything writing will challenge themselves to produce a digital anthology of writing inspired by the landscape of Zomba plateau and the beauty beneath it. The following will be a part of the Excursion: Tamanda Kanjaye Tamanda is a writer and poet currently pursuing a Journalism degree at The Polytechnic (University of Malawi). In her early teens she began being interested in the concepts of death, human misery, broken souls, self -destruction and the idea of possible salvation and redemption. She then decided to romanticize such ideas into her poetry before branching them out into prose. She is now comfortable writing general young adult fiction in which she implores a soft but sharp writing style that best appeals to human emotions. She hopes to one day imitate and exceed the writing style Markus Zusak us
Read more

January 17, 2017
By Kennedy Kaula  This part of the river was my favorite. I liked the sight of fishermen and kids swimming. I hated the women who came with laundry. They made unnecessary noise. But they never came often, so they did not really worry me.  Mlela was the only physical feature our village had. It is believed that over a hundred years ago the most holy man in the village drowned in Mlela. Ever since the incident happened, the river turned into a home for various kinds of fish than any other river in the neighboring villages; apparently proving to be of economic value to us. In the rainy season, Mlela does grow muscles although no one has ever drowned in the river. There is a spirit of the holy man under that river working tirelessly for the goodness of the village.  Unlike the fishermen, the kids and the whole village, I found the river so generous in a special way. It offered me the best writing ideas than any place I have ever known. My usual spot was a T-carved stone t
Read more

Pen Avenue
We are a group of young Malawian writers seeking to meet other writers.